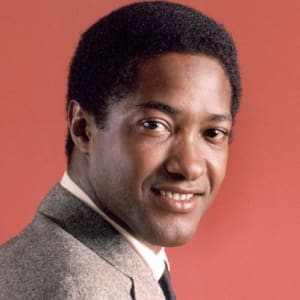 “We used to dream about Sam Cooke. We imagined we might be his girlfriend one day. I always think “we” because of my childhood BFF, CeeCee. She was my partner in Sam Cooke workship”    – from an essay by Breena Clarke in IDOL TALK

IDOL TALK: Women Writers on the Teenage Infatuations That Changed Their Lives edited by Elizabeth Searle and Tamra Wilson is a collection of forty-four essays on the women and men who influenced the mature selves of women writers. These are the figures who guided our growing up. In these delightful essays, we authors are at times lighthearted, but we are also frank and revealing and aware and descriptive of the zeitgeist of the teen idol era, that time between the end of the World War II up to and including the modern Civil Rights Era. And our idols were, by and large, rebels, visionaries, geniuses, innovators, and damn good lookers. And their looks were integral as they were served up to us on magazine covers and TV, the medium through which we came to know a great deal about our American culture. We know them as well as we know ourselves because we became ourselves, in some measure, because of them. I write about the sweet, dreamy, velvet-voiced Sam Cooke. Sam Cooke on YouTube  I still have a palpable reaction to his singing. I’m convinced there is no other voice like his or ever will be.

The victims of the 16th Street Baptist Church bombing

I also write about the 16th Street Baptist Church bombing in September of 1963 in Birmingham, Alabama. I was twelve then, and Addie Mae Collins, Cynthia Wesley and Carole Robertson were fourteen years old and Carol Denise McNair was eleven. The four girls who died that day were casualties of the horrors of white resistance to civil rights. And the next year the Beatles came into my life in February 1964 and a little later Sam Cooke died in troubling circumstances in December 1964.

There’s Bonus material in IDOL TALk, too. The “then and now” photos of the writers including glasses, braces and goofy hairdos are fond, familiar glimpses of our youths.

Peter Noone, the former lead singer of Herman’s Hermits and a certified Teen Idol, wrote the foreword to IDOL TALK: Women Writers on the Teenage Infatuations That Changed Their Lives and he and his group are on our cover. I still remember my excitement the hot afternoon that I saw him perform on The Steel Pier at Atlantic City

For more information, this link: https://mcfarlandbooks.com/product/idol-talk/

find an independent bookseller at Indiebound.org 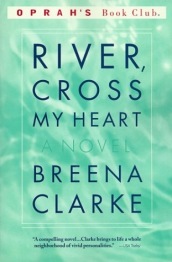 link here for a flash of fiction by Breena Clarke Bess

Are you in NYC in August?  Come out to KGB Bar  for a reading from
IDOL TALK: Women Writers on their Teen Idols
Wednesday, August 8, 2018, 8:00 PM
85 East 4th Street, New York, NY
link for the reading lineup: kgbbar.com